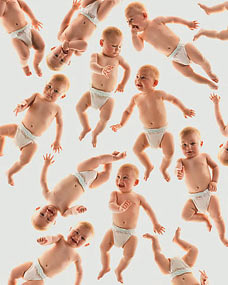 Assisted Reproduction Treatment and the New Era of Multiple Babies

Few months ago, a rich chinese couple had 8 babies with the help of assisted reproduction treatment. The mother had three of the children herself, and the other five with two surrogates, though the couple did not expected to have so many. It took years trying to have children and they spent nearly one million yuan (more than $150,000) on the procedure. After the babies were born, the couple hired eleven people, including eight baby sitters and a teacher, to take care of them.

The inability to have a child of one’s own challenges the most basic instinct. Patients who are infertile express extraordinary desperation, and many couples are prepared to try almost anything, no matter how speculative, unproven or even risky is the technology. Often out of genuine sympathy, medical practitioners are sometimes too ready to avoid crushing hope and instead offer treatments with little or no evidence base. Moreover, some therapies, which on any assessment are highly empirical or unproven, are being used in human subjects before they have been validated by proper cell culture experiments or detailed animal research (Halliday, 2011; Wiener-Megnazi et al., 2011; Winston & Hardy, 2002). 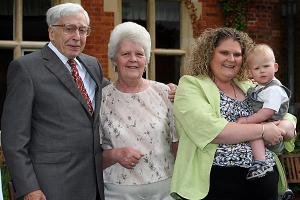 One of the big questions is concerned about the high doses of hormones (gonadotrophins) taken to mature many eggs simultaneously. There is still doubt as to whether these drugs radically alter the uterine environment and the chances of successful implantation, and animal studies suggest that the super ovulation decreases embryo and fetal viability. Human studies indicated that implantation may be more likely when large amounts of exogenous hormones are avoided. After administration of these hormones, in both animals and humans, many of the eggs obtained are not viable. Interestingly, without in vitro fertilization, singleton pregnancies after hormone drugs treatment alone have a similarly increased risk of prematurity as in vitro fertilization pregnancies, suggesting that the hormone injection is a fundamental problem (Winston & Hardy, 2002).

Another important question is related to the potential adverse effects of in vitro fertilization with cell freezing (cryopreservation). Changes in embryonic metabolism during freezing may alter embryonic gene expression, and a subtle change in DNA might not manifest its effects until late in development, perhaps years after birth! For these reasons and others not mentioned here, it is regrettable that more stringent follow-up is not routine after all in vitro fertilization procedures of this type (Winston & Hardy, 2002).

The intracytoplasmic sperm injection (ICSI) is another assisted reproduction treatment being used worldwide, and is also raising more doubts. Hundred of thousands of procedures have now been performed in Europe alone while the animal studies are many years behind the onset of human treatments. In a typical study of a mixed population, it was postulated that a slight increase in de novo chromosomal aberrations (a chromosome abnormality that occurred in the individual and was not inherited from the parents) in children born with this technique is more likely to be linked to the characteristics of the sperm injected rather than problems inherent in the procedure itself. However, this remains unproven. If it is true, maybe the infertility was playing a genetic protection (Halliday, 2011; Wiener-Megnazi et al., 2011).

Even with all those problems and questions raised about in vitro fertilization and intracytoplasmic sperm injection, there is much less experience with some other techniques that are being heavily promoted: embryo biopsy and pre-implantation genetic diagnosis (PGD). With these techniques, there is hope that ‘better quality’ embryos may be transferred – but is still an open question. But even being an open question, clinics are advertising a lot, and charging for this service. 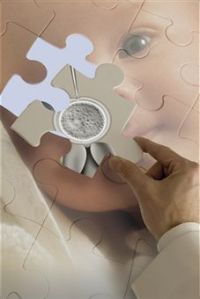 A new therapy that has proceeded from concept to clinic with amazing rapidity is cytoplasmic transfer – the injection of a small amount of cytoplasm from healthy egg donor would rejuvenate recipient egg from women with recurrent in vitro fertilization failure. However, the fact that the cells of the offspring will contain mitochondria from both donor and the future mother has raised significant concerns regarding the safety of this technique because mitochondria is supposed to be maternally inherited. There is no idea of the consequences for future generations. Therefore, having a surrogate would be safer for having a healthier offspring, and that is why infertile couples started to look for surrogacy in poorer countries (Jayaraman, 2012).

All these worries were increased by the report (Schieve et al., 2002) that found that in vitro fertilization babies were 2.6 times more likely to be underweight than those born after natural conception. Recently, a study (Tararbit et al., 2011) found that assisted reproduction treatment were associated with a 2.5 times higher of developing Tetralogy of Fallot (congenital heart defect) with the highest risk associated with ICSI (intracytoplasmic sperm injection). It is imperative that detailed and careful follow-up is carried out of children born as a result of assisted reproductive technologies, taking account of whether the embryos have been produced through classical in vitro fertilization (IVF) or by intracytoplasmic sperm injection (ICSI), cryopreserved (freezing) or cultured for extended periods of time or had cells removed for pre-implantation genetic diagnosis (PGD).

“Patient desperation, medical hubris and commercial pressures should not be allowed to be the key determining features in this generation of humans. Bringing a child into the world is the most serious human responsibility. We cannot ignore the clouds lowering over these valuable therapies” (Winston & Hardy, 2002). 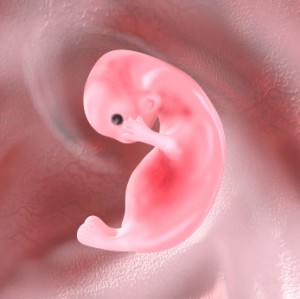 The New Era of Babies

This is a summary of few scientific papers:

“Outcomes for offspring of men having ICSI for male factor infertility”  by Jane Halliday – Asian Journal of Andrology, 2011.

“Are we ignoring potential dangers of in vitro fertilization and related treatments?”  by Robert M. L. Winston and Kate Hardy – Nature, 2002.