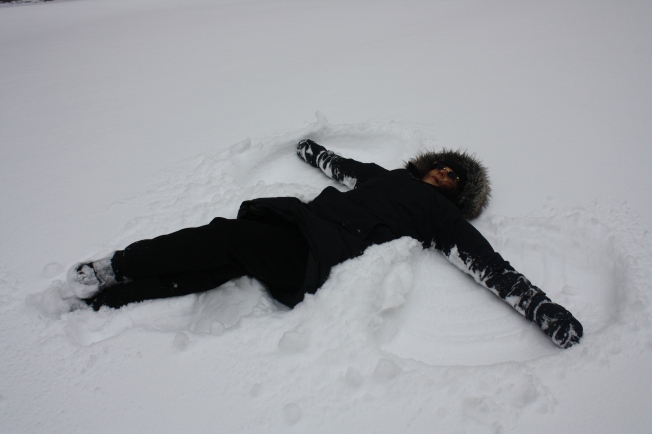 The anthropologist Laura Martin spent some of her research time during the 1980s trying to slay the trot about the Eskimos, and after years of struggle she published “Eskimos Words for Snow” (Martin, 1986). This ought to have been enough for the news to get out our lives but no, and Martin later cited the number of Eskimo snow terms given as “nine” in a trivia encyclopedia (Adams 1984), “one hundred” in a New York Times editorial (February 9 1984), and “two hundred” in a Cleveland TV weather forecast (Pullum, 1989).

Interior designers have different names to different shades of beige, and hairdressers have different names to different shades of brown and black – fair enough! But according to the linguist Geoffrey K. Pullum – who worked very hard to destroy The Great Eskimo Vocabulary Hoax, Eskimos aren’t really that interested in snow. For the Eskimos, snow is a constant background, like sand on the beach. And even surfers or beach lovers have only one word for sand.

In 1911, the linguist Franz Boas compared the English terms for water to Eskimo terms for snow, stating 4 names for the Eskimos’ vocabulary for snow. Recently, in 2003, Larry Kaplan claimed a little more in “Inuit Snow Terms“. For Pullum and Martin, we have to be aware that the Dictionary of the West Greenlandic Eskimo Language (Schultz-Lorentzen, 1927) gives just two possible relevant roots for the Eskimos’ vocabulary for the types of snow: qanik – meaning snow in the air (snowflake), and aput – meaning snow on the ground. All the other names are derivative. That is all.